You are here: Home / Bible Lessons / Daniel in the Lion’s Den

We’re on letter “L” for Lion’s Den in our ABCs of the Bible crafts, a great series of Bible School Craft Ideas.

The story of Daniel in the Lion’s Den is always a favorite for kids of all ages. I like to think of creative ways to make these wonderful Bible stories come alive with hands-on learning. This easy cardboard box lion’s den with wooden peg people can be put together in 30 minutes and provides loads of fun for a toddler or preschool aged child. Perhaps even an older child would love it! 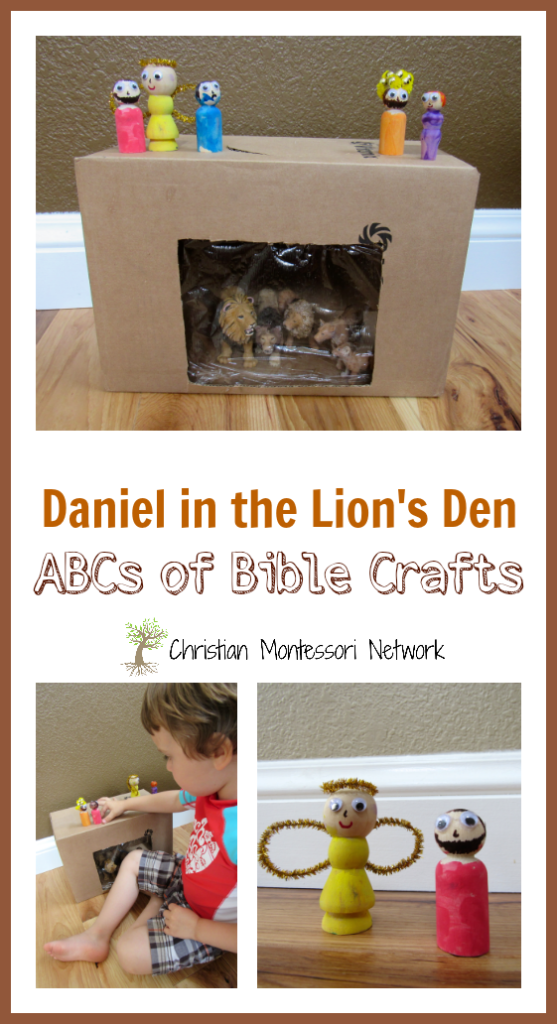 16 So the king gave the command, and they brought Daniel and cast him into the den of lions. But the king spoke, saying to Daniel, “Your God, whom you serve continually, He will deliver you.” 17 Then a stone was brought and laid on the mouth of the den, and the king sealed it with his own signet ring and with the signets of his lords, that the purpose concerning Daniel might not be changed. 18 Now the king went to his palace and spent the night fasting; and no musicians[b] were brought before him. Also his sleep went from him. 19 Then the king arose very early in the morning and went in haste to the den of lions. 20 And when he came to the den, he cried out with a lamenting voice to Daniel. The king spoke, saying to Daniel, “Daniel, servant of the living God, has your God, whom you serve continually, been able to deliver you from the lions?” 21 Then Daniel said to the king, “O king, live forever! 22 My God sent His angel and shut the lions’ mouths, so that they have not hurt me, because I was found innocent before Him; and also, O king, I have done no wrong before you.” 23 Now the king was exceedingly glad for him, and commanded that they should take Daniel up out of the den. So Daniel was taken up out of the den, and no injury whatever was found on him, because he believed in his God.

Materials Needed for Daniel in the Lion’s Den

The first step that we did was craft the lion’s den out of a cardboard box. I cut a hole in the top of the box with an exacto knife and left a small flap on one side so that it is like a door. Then I cut a square shaped hole in the front of the box to create a “viewing” window of what is happening inside the den. To enhance the “viewing” window, I taped cling wrap to the inside of the square window. Ta-dah! The lion’s den is done! 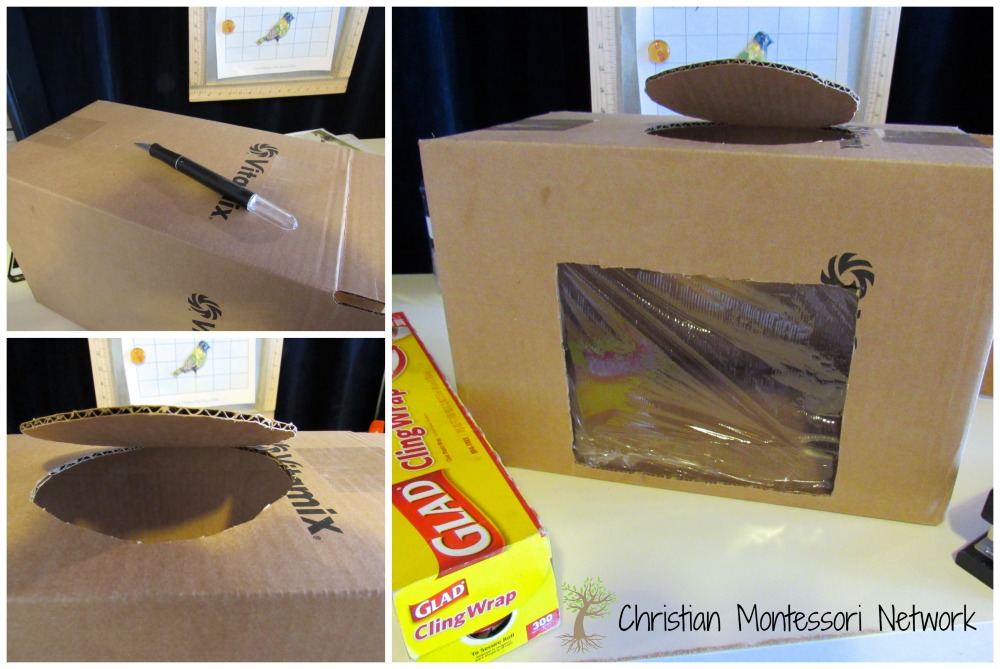 Next, my son painted clothes onto the wooden peg people. I choose five main characters for our story – Daniel, bad guy, king and queen, and an angel. My son choose to paint Daniel with red clothes, the bad guy – blue, king – orange, queen – purple, and angel – yellow.

After the paint dried, I used a glue gun to attach the googly eyes. Then I drew with a magic marker on each peg person –  a happy face, beard, hair, or sad face. For the angel, I glued a little halo on his head and two wings with the gold pipe cleaners. I made a silly little pipe cleaner crown for the king. 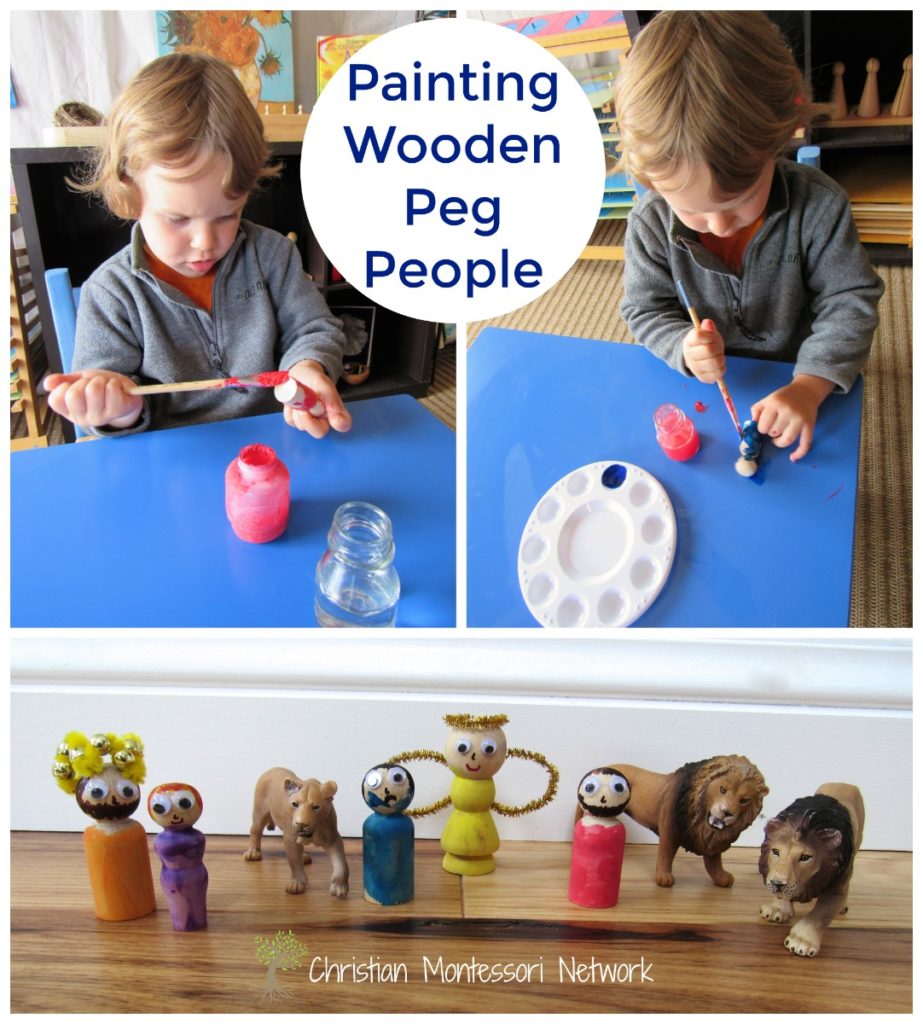 My son helped me set up the lion’s den by placing the lions inside. Then as I told him the story, he acted out each scene with the wooden peg people. The bad guy threw Daniel into the lion’s den and the king was sad. Through the night, an angel stood guard next to the lions and kept their mouths shut so that Daniel was not hurt. The king went to his bedroom and could not sleep all night because he was so worried about Daniel. When he came back in the morning, he called into the lion’s den to see if Daniel was still alive. Daniel responded that his God had sent an angel and had shut the lion’s mouths. 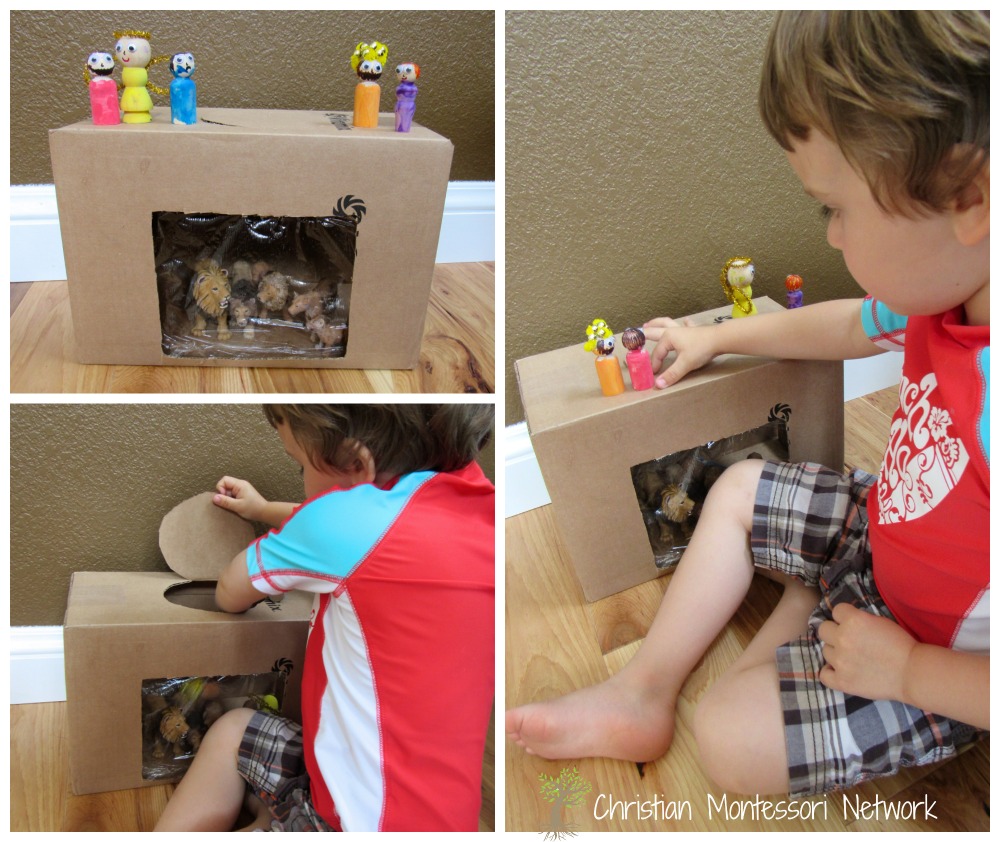 I hope you enjoyed this easy hands-on craft for Daniel in the Lion’s Den. My son really loved playing with the wooden peg people. 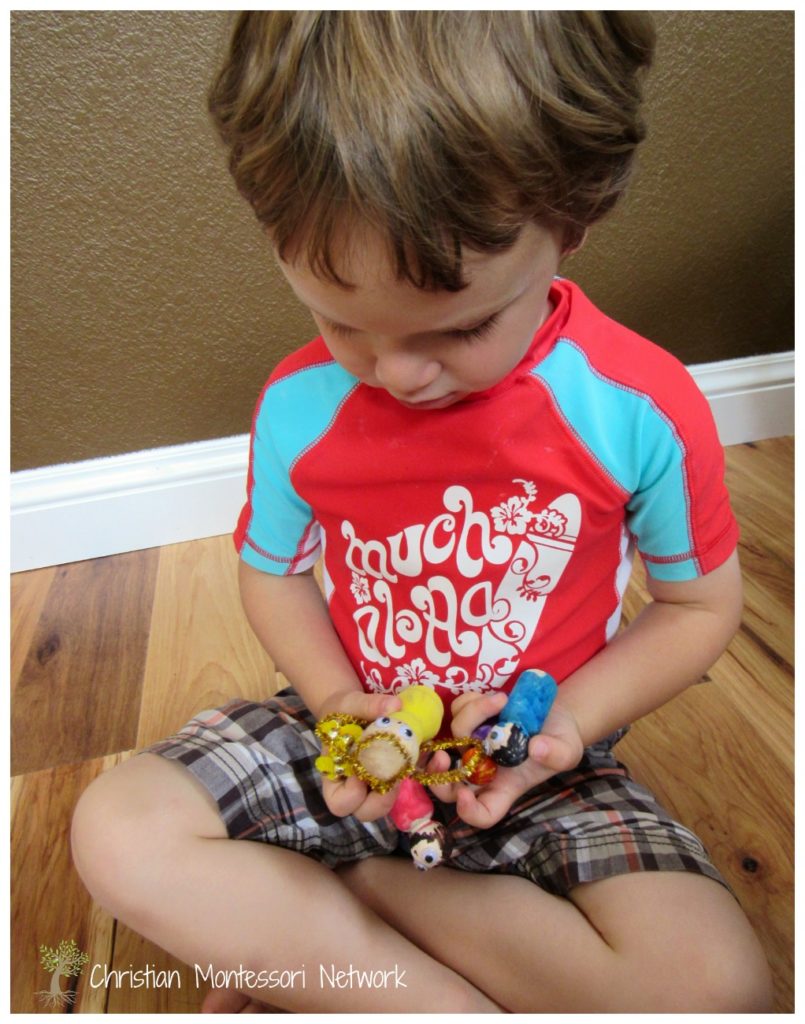 If you liked this ABCs of the Bible craft idea – L is for Lion’s Den – be sure to pin it for later, or share it with your friends if you think they’d enjoy doing it with their children.