You are here: Home / Activities & Crafts / K is for King of Kings Craft

We’re on letter “K” for our ABCs of the Bible crafts, a great series of Bible School Craft Ideas.

My daughter is obsessed with princesses and other royal figures, so I knew she would love learning about Jesus being the King of Kings! We decided to make a simple crown (I intended it to be a double crown) for our K is for King of Kings craft. 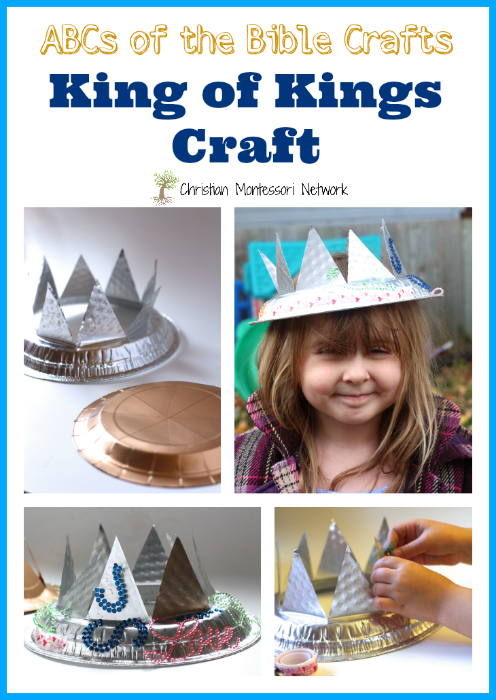 Jesus is referred to as the King of Kings a few times in the bible, which means that He rules and is Lord over even the biggest concept of power and sovereignty that we can understand.

Especially when we are looking at the historical significance, Kings and Lords had a direct and powerful effect on the lives of their subjects; they had the largest amount of control and power that most people could understand. Saying that Jesus ruled over them emphasized just how powerful and beyond reproach He is. 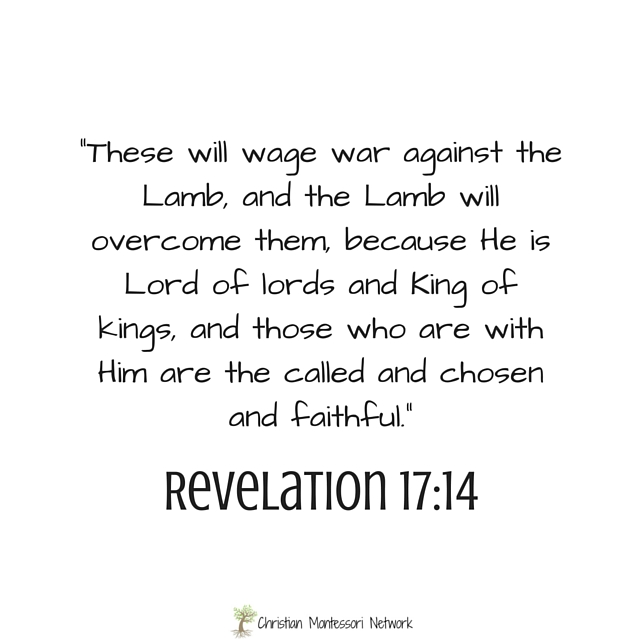 Materials Needed for K is for King of Kings Craft: 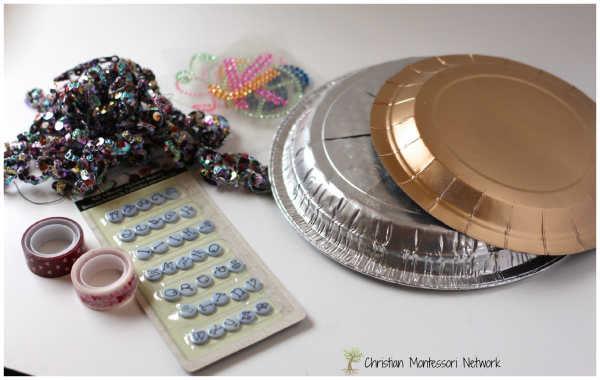 While we don’t often associate Jesus with a gilded crown (we are more likely to think of a crown of thorns) but it is important to remember that the crown of thorns was a mockery. By creating a crown to understand Jesus’s royal role and practice reverence for Him, we allow children to honor Jesus in a relatable way.

My daughter is starting to understand the true significance of Jesus in her life, but she already understands what it is to be royal, so why not take that understanding (and obsession!) and use it to help her understand Jesus? 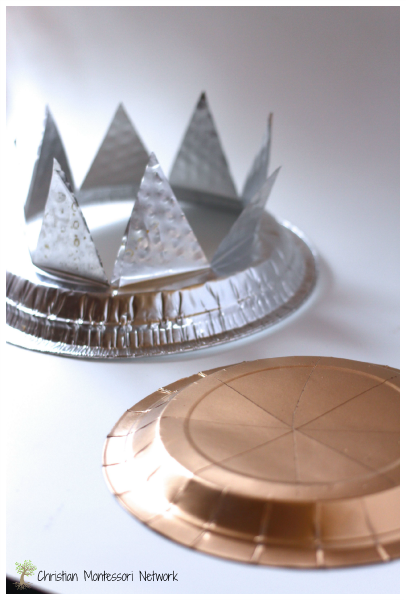 Use the edge of your scissors to divide the top of the plate or pie plate into “pizza slices” and then cut along the lines. Fold the triangles upward to make the spires of your crown. 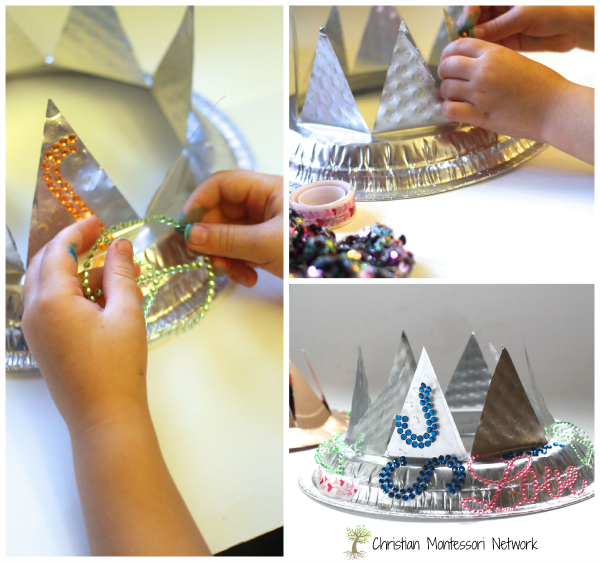 Next, get your bling on! Allow your child to decorate their “crown for Jesus” however they’d like.

I had intended for Miss G to layer the two plates to make a double crown (for that double play on words – king of kings) but she was more interested in using the jeweled letter stickers to write out Jesus’s name on the crown. She also added several pieces of heart washi tape because of the Great Commission.

Now my daughter is trying to figure out how to send Jesus his crown! I’m trying to explain that she can set it in our house for Him to see and be honored by, but she’s pretty determined! She’s been inquiring a lot about where He lives and is not taking “everywhere” or “Heaven” as an answer! She wants an address! 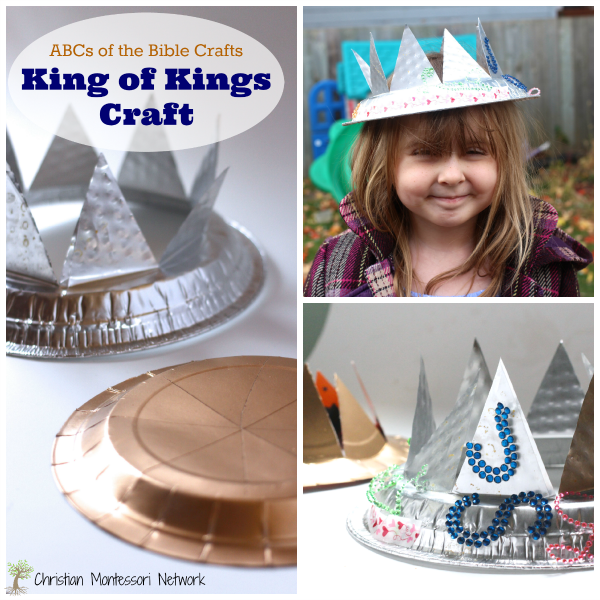 If you liked this ABCs of the Bible craft idea – K is for King of Kings – be sure to pin it for later, or share it with your friends if you think they’d enjoy doing it with their children.